Thank you just.fm 😄
It's an immersive, cinematic production...Italian project Amycanbe have always had a visual element to their music.
Born and based in Cervia, Italy, the project ran as duo until 2005 then become full band, enlarging their possibilities in the process.
2011 album ‘Mountain Whales’ was a breakout of sorts, with their dreamy pop confections earning widespread acclaim.
Picked to appear on several high profile soundtracks, Amycanbe then set about constructing something new.
New EP 'White Slide' is online now, a beautiful return that finds the Italian group gilding their alt-pop textures in fascinating textures and tones.
Containing considerable breadth, it moves from soothing tones to something rather more arresting.
Tune in now.

Join us on Vero, as we get under the skin of global cultural happenings. Follow Clash Magazine as we skip merrily between clubs, concerts, interviews and photo shoots. Get backstage sneak peeks and a true view into our world as the fun and games unfold.
Buy Clash Magazine

Thank you very much to IhouseU.com for the feature! Cheers

Thank you BroadwayWorld for posting about White Slide - EP! Cheers

White Slide - EP in the radios

We want to thank all the radio that are playing White Slide - EP, here afew:

Coast through the dreamscapes

This is chill# and the daily chill: listen to the single ‘Grano (‘Flow’ mix by Mark Plati)

"This is chill# and the daily chill" BLOG writes:

< benchmarks – the song does break down into piano and atmospherics – it does ascend somewhat finishing up in rocking fashion albeit compromised by the style expected by Amycanbe.>> 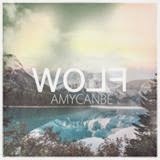 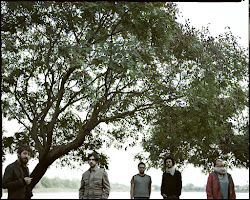